There is probably just as many ways of spending a Sunday, as there is Sundays in a year. Since we moved to Basel, our Sundays have seemed pretty identical: we do some sports, some choirs around the house and end up relaxing on the couch or in front of some kind of screen. Many of our friends and family will probably recognize this pattern, but for those who know little of how it’s done, here’s a recipe: 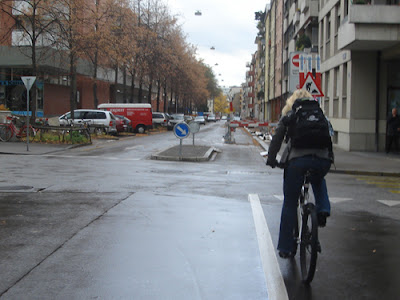 First you get out the door a little later than you originally planned. You probably did not get out of bed as early as you wanted, and the delay is hard to catch. Especially when the ride to the bike storage is up hill all the way, and for some reason there is a strong wind blowing in your face. 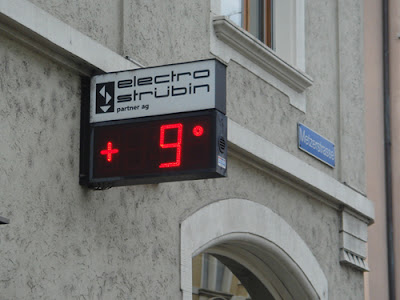 The temperature is reasonable, without being generously warm. 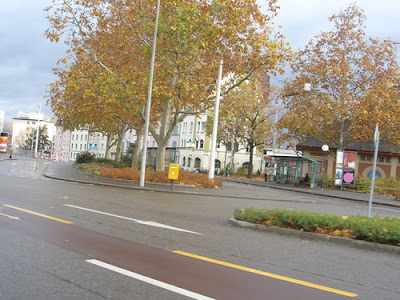 The streets of Basel are deserted even though it is already 10 o’clock. The leaves are orange and mostly on the ground which is wet from the rain last night. 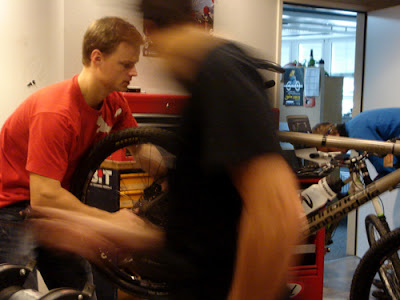 Getting to the iron horse stable, there is always something you have to fix before you go out. Today we changed brake pads, pedals, and tires and fixed a set of too tight brakes. 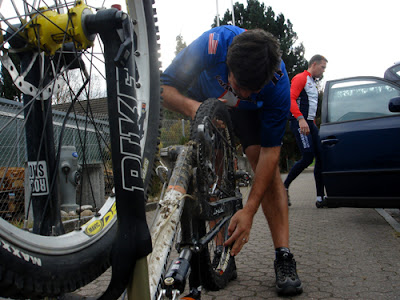 We took the cars through France to Ettingen, approx. 10 km away from Basel. We parked just outside Ettingen centre to unpack the bikes.
Miguel is fine-tuning his full suspension mountain bike and getting ready to lead the ride. 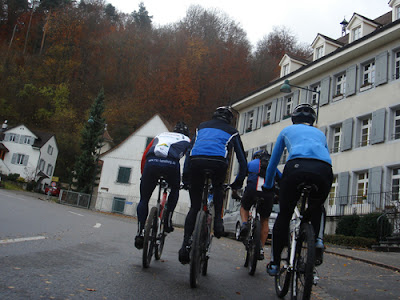 Going to the Blauen ridge you have to climb to 500 meters altitude. We rode on pavement paths to get to the woods as quickly as possible. 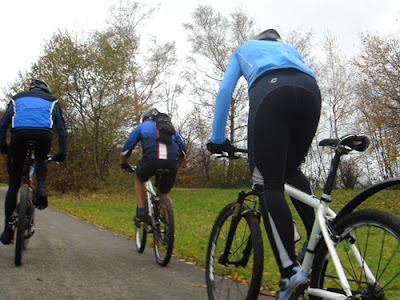 In the forest we were both on and off the bikes, climbing rocky and very slippery trails. One time we climbed a passage where it was impossible to ride. In this picture Anja is happy she has the lightest bike of all. 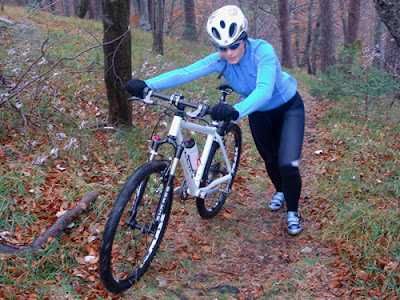 The height point of the trip was in 875 meters above sea level. At this point the trails were more even and the rocks less obvious. 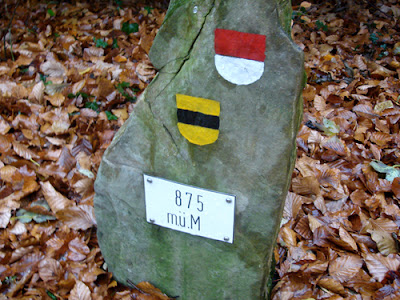 After 25 wet and slippery kilometres, we are back by the cars. The bikes are dirty and we are wet and a little tired. Luckily for us we rode the cars back to Basel and as long as the bikes are dressed in blankets, Dirk does not have to clean his car. 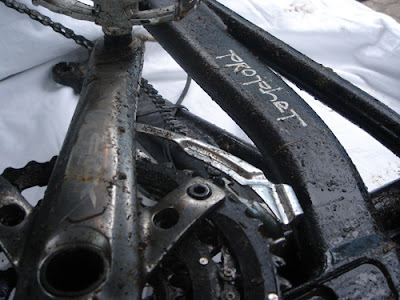 The final chore before relaxing in the sauna is washing the bikes. Morten gets the pleasure of doing that while Anja bounces back from the beating she took. Luckily for us Dirk and Stephan had already done the hard part. 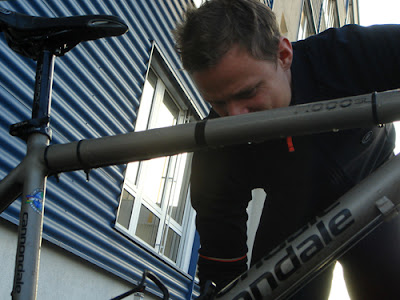 Finally we are going to the sauna to relax, feeling the warmth and getting a status on the bruising situation after having crashed a couple of times. 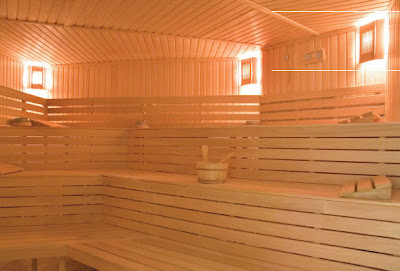 Thanks to Miguel, Dirk and Stephan for the company and the patience.
Indsendt af Anja og Morten kl. 13.25

Sunday = pizza and movies. No damn bike riding in high altitudes. Bad for the brain :-)