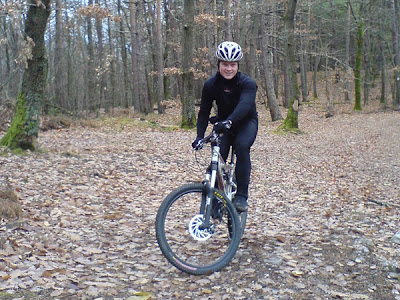 Sunday morning we again managed to get up too late. What was supposed to be a relaxed morning at home before going exercising turned out to be a bit stressful. It seems like we are in some kind of pattern.
The plan on Sunday was for Morten to go out riding mountain bike with some colleges. The target was the forest area surrounding Basel, but when he arrived at the meeting point, the guys had arranged to drive to a mountain area near Colmar in France. Morten borrowed a full suspension bike for the purpose and all five rides were loaded into the truck. The drive was 40 minutes north and at 12.00 the party reached the destination. The ride was intended to be 90 minutes up, 30 minutes down. The plan was to ride from the small village up to a ridge in about 1000 meters altitude. 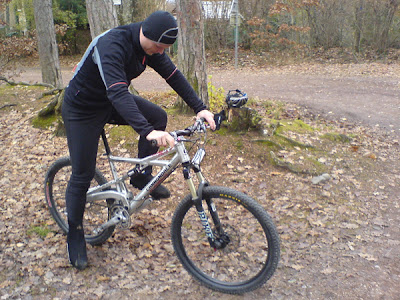 Even though it had rained the last three days, the trails were almost completely dry and even the slippery leaves did not spoil a great ride. On the way the guys managed to get a bit lost now and then, but all in all it was a perfect Sunday ride. For Morten it was the first time ever in that kind of surroundings on a full suspension bike. A bit of a challenge once in a while, which this picture and the bruises on his legs prove. 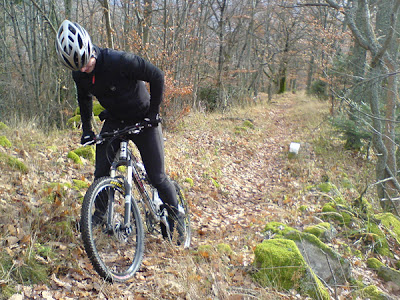 Riding on an actual mountain is not possible in Denmark, so climbing for almost 2 hours before descending can only been done on a home trainer. And that is not half as fun as going out in November in 8 degrees of warm autumn weather.
Pictures courtesy of Dirk Fehretz’s mobile phone. 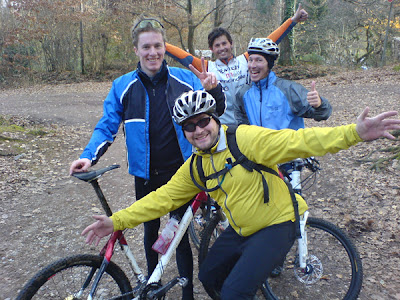