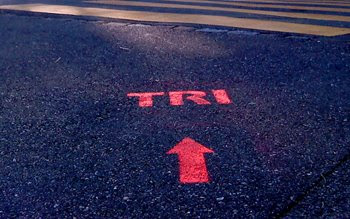 For the last planned time of the season we went to a triathlon, this of olympic format in Spiez south of Bern, only few kilometers from Interlagen and the Italian border.
The scenery was idyllic with the mountains and the lake Thunersee. The race was saturday at 1400 hours and because Anja had caught the cold during the week, I was the only one representing Team Mil Sonrisas on this cloudy afternoon. 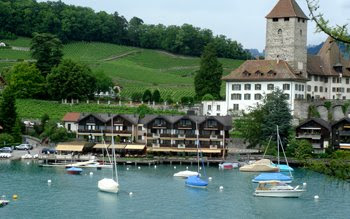 As always setting up the bike, preparing the transition zone was taken care of in careful manner, my goal was to try and improve the transition times from the Schloss-Triathlon two weeks ago. I did not imagine making the overall time faster, since we would be swimming for longer without the nice current of the Rhine to bring us closer to the finish line. Also I was hoping to improve the run a bit, but my total elapsed time would be similar to the 2 hours and 19 minuttes of Schloss-triathlon. 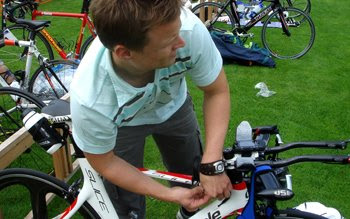 Getting the wetsuit on takes quite some time since you need to be very carefull not to tear it or leave marks in the flexible neoprene. Once it was on, it was time to head to the water start. 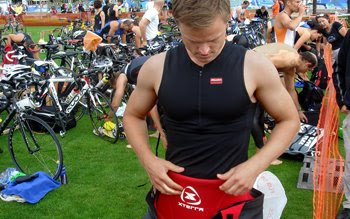 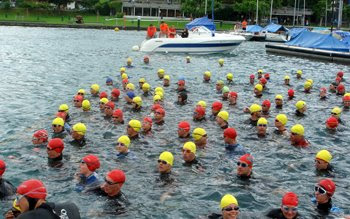 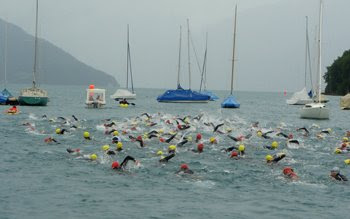 Coming out of the water in 22nd position and my first chance to make a quick transition. Anja was so kind to film the the whole thing, you ccan judge for yourself:

Back from 40 K of nice riding with 325 height meters and a fair pace. 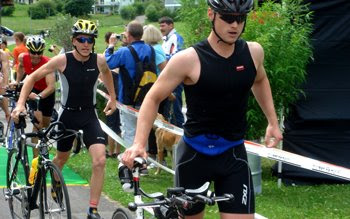 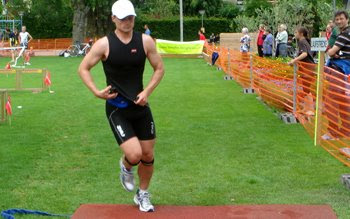 And crossing the finish line after 2 hours and 21 minutes of racing in position 53. 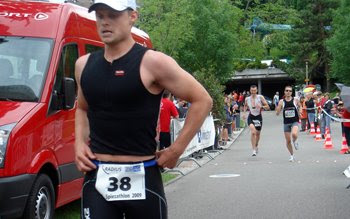 I am still very slow on the run, but did manage to cut off 30 seconds of my running time. The course was very similar to the one in Rheinfelden, at least when it comes to height meters, so it is possible to compare the time more or less with the last event. 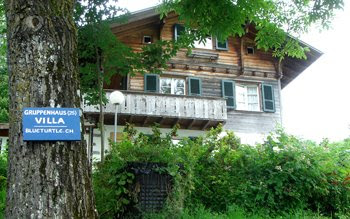 All we had left of saturday was to enjoy dinner and a good nights sleep at Turtle-Inn.

Next morning the weather was much more tourist-friendly. 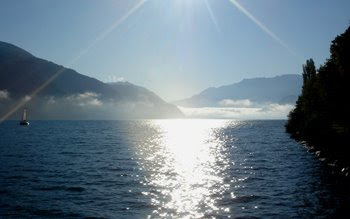 Anja went for an early morning run while I sat by the lake side reading my book. 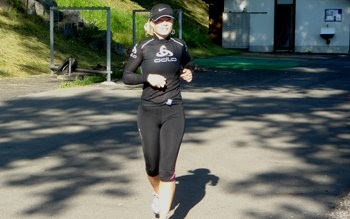 We were driving the van home, but many of our Velo Club friends took the bike for the 150 kilometers back to Basel. Before that we however enjoyed a sunny morning breakfast by the lakeside. 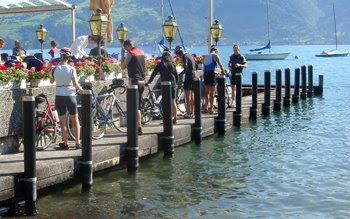 Instead of riding, we went for a nice walk along the lake shore after breakfast. 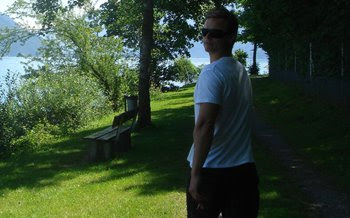 Thunersee is very beautiful in the bright summer light. 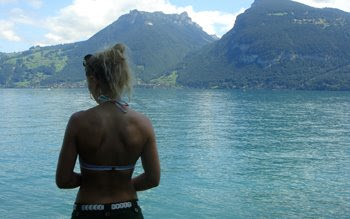 This post is cut short unfortunately, we both need to get up early in the morning and sunday is running out, but we would like to thank Matthias for organizing everything and the rest of the VCA group for great company.
Have a nice monday!
Indsendt af Anja og Morten kl. 14.50