Having prepared everything on saturday evening, we were ready to give the olympic distance a go. Sunday morning we rolled the borrowed car into the parking lot of Beuggen Castle together with 500 others athletes looking forward to take part in the first ever Schloss-Triathlon of Rheinfelden.
The sun was shining after a week of rain and clouds, so we were excited to start at 9 for Anja and 30 minutes later for me. We were both in the unlicensed category, Anja competing against 27 other women and I was one amongst 179 male athletes. 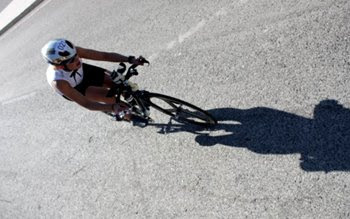 We unfortunately do not have any pictures from the courses at this point, but hopefully we can find some from the race-organized photographers over the next days so we do not have to re-use images from Alicante as the above.

The swim was exciting, jumping in the water just next to a damm and a power plant, the current was quite strong at the beginning. I took at chance and took of in a high paste, trying to make sure I could swim out in the strong current, that was helping us on the way.
In the beginning of the swim I was amongst the first 20, but after having crossed the half-way mark I started feeling more relaxed and finding the rhythm, so I was able to pull away from the guys around me. Unfortunately I passed the entrance to the river bank on the wrong side, so instead of swimming directly to the shore, I had to swim the last 25-30 meters against the strong current, dropping me from a 3rd position to a 8th out of the water.

So much for swimming, the wet-suit came off and I went on the bike. My luck did unfortunately not change, so after having pulled back 4 positions on the bike getting me in top 5 again, I dropped the chain in one of the last corners of the 40 K and five guys that I had just pulled away from went around me on the inside. Damn! 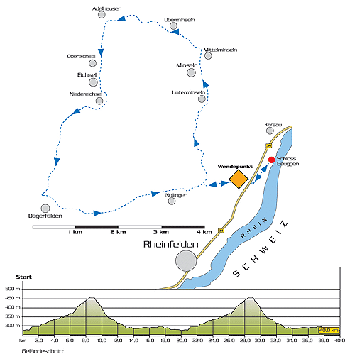 The transitions are definitely not my favorit part of the race. Although I had planned everything, I still spent 2 minutes changing from the bike to running, something my closest competitors get done in less than 45 seconds. My joints are still not used to the load of running, so on top of getting shoes on, I have special neoprene straps to support my knees.
In the end it does not matter much, because my running time is 49 minutes, 9 minutes slower than the guys on the podium, so instead of coming in in top-10 as the swimming and biking results in, I drop down 25 positions to cross the finish line as 35th. Not a bad result, but it's still frustrating to see one guy after the other pass you on the running.

The result overview showed just 16 minutes for the swim, 1 hour and 8 minutes for the biking and 49 minutes for the run. Satisfying results, that could have been even better with a bit of more luck and faster transitions. On the other hand, had I competed in the licensed category, my total time of 2 hours and 19 minutes would have brought me to an overall 33rd position, so it seems like the amateur category is not too slow after-all. 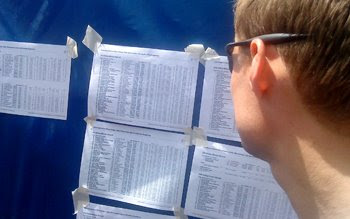 Anja did just as well, covering the entire race in 2 hours and 44 minutes, finishing 20th. She is still a bit more conservative and cautious with the power outlet and descents on the bike course after her crash in Alicante. The total ascent of the bike ride was 450 height meters, and more than 100 for the running, so it was definitely a course with some good climbs. 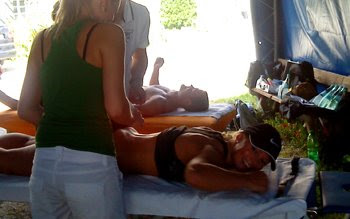 After such a race, the best thing besides water and fruit is a good sports-massage. luckily the organizers also have that covered, so we lined up for a 10 minut treat from the nice massage therapists. 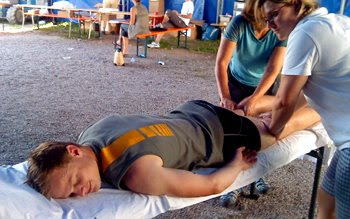 In general it was a great race that we will look forward to doing again next year. Thanks to all the people who encouraged us along the course and thanks to the organizers for a great day! 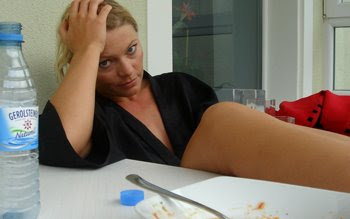 Back home on the balcony we enjoyed the rest of the day with some energy-rich food and electrolyte drinks.
We hope pictures taken from the side of the roads will be available soon.
Indsendt af Anja og Morten kl. 15.17