Hello world, hello 2010! We've got so much to tell and so little coulomb width to work with, so we'll make use of as many pictures as possible to tell you about our Christmas and New Year.
As we started our with back in the early days of December, our holiday time would be spent far from our home in Basel making it difficult for us to update the blog. We apologize for the missing entries but hope you will still follow our side of the world in 2010. 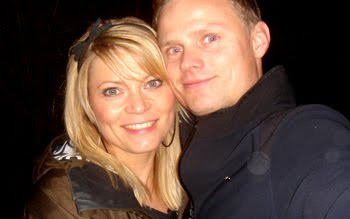 Around the 20th-22nd of December, Anja and I parted to go to Denmark and Austria respectively. She to her family and I to mine, spending our holidays apart until the 26th where Anja would join me and my family in Bad Hofgastein for a skiing/snowboarding holiday until the 1st of January.
I arrived in the Gasteiner Valley late afternoon on the 22nd after having spent 9 hours in a train. Luckily we found an offer online so I traveled first class which made the trip a lot more comfortable. 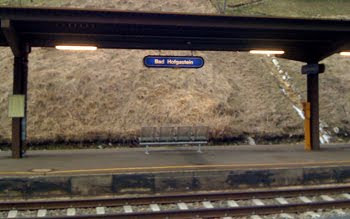 At about the same time in Denmark, Anja was enjoying the reunion with family and friends, shopping for the last Christmas gifts in our old hometown Aalborg in the northern part of the country. 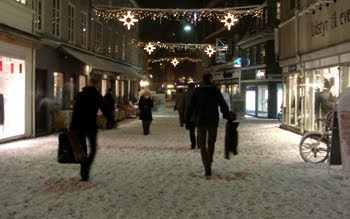 The family trip in Austria was a big success both on and off the slopes. We were a big group, some with a lot of experience and some with less. We were lucky to get some snow in the middle of the week making it possible to ski from 1000 meters altitude and above. 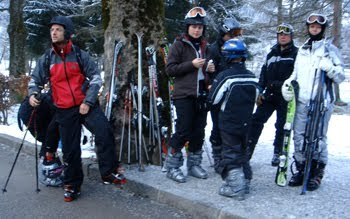 I have the privilege of choosing between both snowboarding and skiing after many years of practise in the white element. so I did a bit of both throughout the 9 days we had on the slopes. 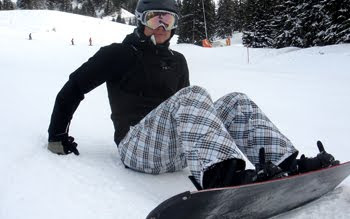 We spent Christmas eve on the hotel which was a new but pleasant experience. We had all brought presents even though it meant carrying a lot of stuff back and forth counting in skis and boots. 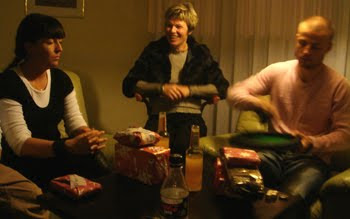 On the 26th Anja joined the party and the weather showed itself from its best side. 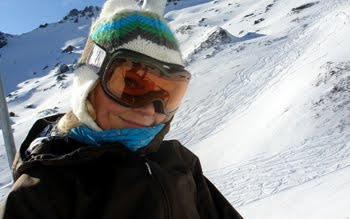 Unfortunately moments after the above picture was taken, Anja suffered a crash on her board straining a muscle in the lower part of her back which proved to put her out of skiing for the rest of the week. 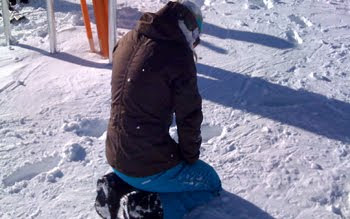 For two whole days Anja had to spend most of the time in bed, at the physiotherapist or in the warm water of the tub trying to recover. She was able to walk but unable to lift, bend down or in any way rotate her upper body. 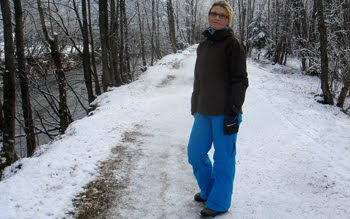 Thankfully she is a lot better now, although it will be some days before she can resume physical activity. A trip to the physiotherapist here in Basel should ensure she is all OK. 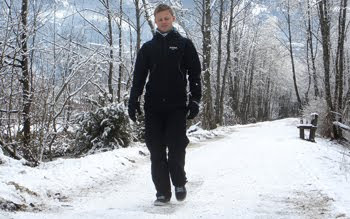 We celebrated New Years Eve with the family having a delicious dinner followed by traditional fireworks and drinks. The next day we got up and took the train back to Basel spending the weekend here doing some of our favorite activities: Biking, shopping and being with our friends. 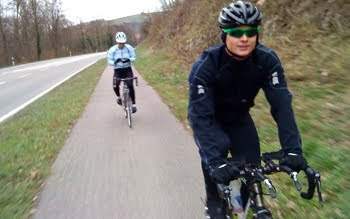 Thats all there is to tell about our holiday, we hope you have enjoyed the days as much as we have. We'll do a 2009 recap soon, looking back on what we spend the last 365 days experiencing together.
Indsendt af Anja og Morten kl. 15.02