There was a Valentines Day lovo story outreach at the office yesterday and everyone could submit stories to win a romantic dinner. Since I'm new to the company I thought I'd submit even though it does expose you (and your wife) in a brand new place.

My wife and I did not really meet in a very romantic way. But I thought I’d submit since the story involves bikes:
Actually, my wife and I were never supposed to meet. She was already halfway engaged and I was living with another girlfriend at the time. We were both at that stage in life where stability starts being a priority.
When we first met in the gym on a Monday night I was teaching the class she started frequenting. Picking up a participant from your BodyPump class is not exactly on page one of the employee handbook. Or in Romance 101.
Nevertheless, after class we started talking and a few weeks later we met randomly at a night club. I thought she was very beautiful and way out of my league. And I must admit (and she knows) her working in fashion retail was not something I could really relate to. I thought we’d have absolutely nothing in common.
On top of that she wore a lot of makeup, very stylish clothing and appeared to be the archetypal high maintenance gal. I’d always been around sailors, skiers and mountain bikers where powder is something you take a chair lift to find and tight suits are for keeping warm during winter.
To deter us both from getting into trouble I told her I was planning on moving to Australia and look for job as soon as I was done with school five months later. I thought that would scare off a small-town girl who had never ventured outside the zip code other than for vacation. And they have some pretty serious bugs Down Under.
It didn’t really work – a month passed and we both decided to end our respective relationships. We were not sure if we were destined to be together but there was enough spark to realize that we had to break up and leave the safe, comfortable situations behind.


The moment I knew I’d eventually marry her came only a few days later. On a cold, wet winter Sunday afternoon when I got home from an afternoon riding my mountain bike in the woods. 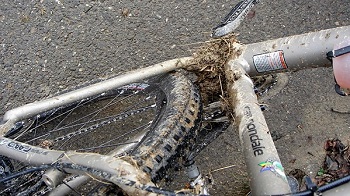 I had dirt and mud all over and dragged my slobby Cannondale hardtail up the stairs into her apartment since I had no place to wash it asking if I could hose it down in her shower…
There was an awful long moment of silence and some highly raised eyebrows but then she turned to me and looked at my muddy face and asked if she could come with me next time and try riding in the woods. 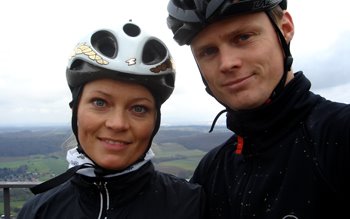 Three months later we moved to Switzerland to work for Cannondale. We only made it a quarter of the way to Australia but we started living together in a new, exciting country and 11 years and two kids later we don’t get to ride MTB very often anymore, but we have been blessed that the bikes have taken us on adventure round the world. 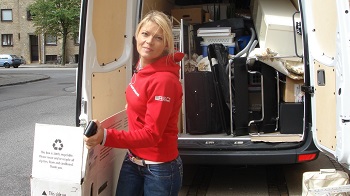 We have since that day done half marathons, half Ironmans and a 24-hour MTB race together and although we’ve never been on top of the results list you might say we’ve won something somehow. That’s at least how it feels. 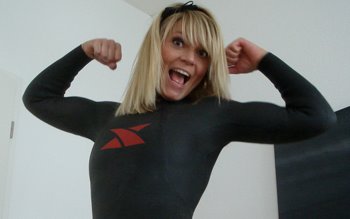